…when it was ok to keep seals in your back yard…

….and sometimes in colour…. 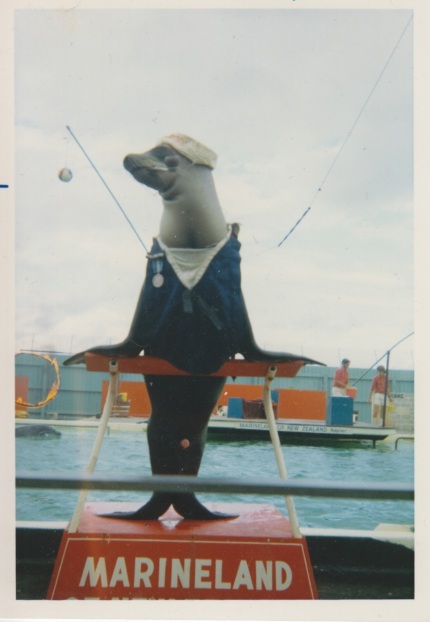 ….aaah, simpler times when we all lived on a mystical island in the middle of a kid’s paddle boat pond…

….(found these in a record sleeve…holiday snaps from Napier’s Marine land in New Zealand…circa 1972…read this article once about a second hand record dealer that found all sorts of cool stuff in record sleeves…like money, joints and tabs of LSD….all I get is pictures of seals….

…F.Y.I…photographs from the 70s taste of old cardboard & don’t even make you a little bit dizzy).

9 responses to “Trip To Marineville”