…if you still need one you could try begging and pleading… feastock@gmail.com

…Derek is over in NZ at the moment…from the U.K….

…cricket guys are renowned for their elephantine memories for facts, figures and exact quantities of seagulls on the pitch during the test at Eden Park in 1482…

..they are scarier, knowledgewise, than your average record geek….

…but do you think he could remember which Underdogs album he owned….

…I’m sure he will have it written down next time he’s in town.

..many thanks to the sports photographer who accompanied Derek on his second visit (damn I’ve forgotten his name…sorry man)…he not only caught the action for us on my camera but drove Derek to and from the “out-of-hours” visit (cricket first) and dropped me to my dental appointment, thus enabling Derek to spend an extra 20 minutes ruminating on the holes in his collection.

…don’t want to freak any one out or anything but I’ve misplaced my good friend Jungle Fari….

…he’s not exceedingly dangerous unless you’re a good cup of coffee or an organic vegetable…but don’t make any sudden movements just to be on the safe side…. 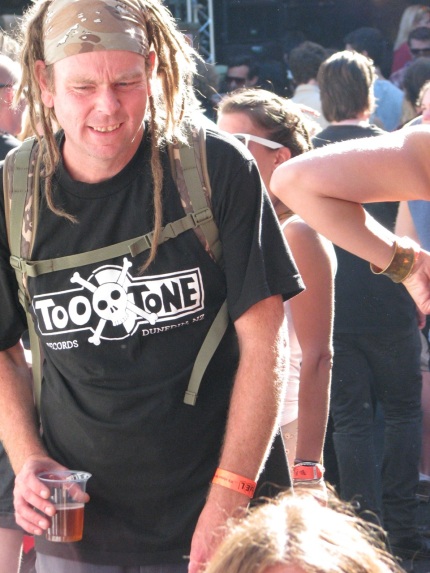 …this is the most recent photo I have of him…his hair is probably longer by now….(nice shirt)

…it would be nice to see him again…he’s a top bloke.